This is a reposted article from AAAS Membership; read the original here.

Working with the AAAS Center for Public Engagement, DoSER supports scientists of all disciplines in their effort to engage with the public, particularly with religious communities. Two noteworthy scientists doing this work are Dr. Fatimah Jackson and Dr. Nalini Nadkarni.

Working with the AAAS Center for Public Engagement, DoSER supports scientists of all disciplines in their effort to engage with the public, particularly with religious communities. DoSER’s “Engaging Scientists in the Science and Religion Dialogue” project has helped to build and highlight these connections through workshops and resources. 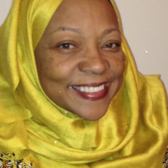 One scientist whose work is the embodiment of this effort is AAAS Member Fatimah Jackson, Ph.D., professor of biology and director of the W. Montague Cobb Research Laboratory at Howard University in Washington, D.C. A biological anthropologist whose research has encompassed a fascinating array of topics from epigenetics and poverty to human-plant coevolution, Jackson has long been involved in issues of religion and science.  These efforts brought her into collaboration with DoSER in 2017.

One issue she is focused on involves the handling of the remains of African Americans, who during the dark times of slavery and well after the Civil War, were often buried unceremoniously in unmarked graves. When these human remains have been discovered during land development or construction, for instance, the prospect for honorable treatment “has been very bleak,” said Jackson. Jackson explained that skeletal remains have shown up in pawn shops as souvenirs, sold as decorations, donated to universities, and even thrown out in dumpsters without any attempt to identify or study them. To find a solution, Jackson and her Howard University colleagues consulted with experts in religion, law, and the sciences to come up with protocols about how the remains of African Americans should be handled.

Jackson has also spoken at churches, mosques, and synagogues about topics like human evolutionary biology and the need to reconcile monotheistic religious beliefs with the evolutionary process. Her past speeches at science society meetings, museums, and other settings—many of which are available online—range from subjects like how poverty and what you eat can affect epigenomes (the chemicals that surround the genes that affect gene expression). Whether she’s giving a talk about how plants domesticated humans or giving a speech at a DoSER symposium about “Reclaiming African American Ancestries for Research, Identity Construction, and Memorialization,” Jackson can communicate to scientific and spiritual audiences – sometimes both at once.

Jackson believes spirituality and science operate in distinct but mutually influential and often complementary domains. For example, she has said of evolution, “Science is how things change, not why; it does not mean there is no God.” 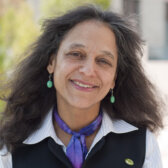 Nalini Nadkarni, Ph.D., also engages with religious communities about science, using a range of public communication channels. Nadkarni, a forest ecologist and professor of biology at the University of Utah, began thinking about ways she could do more to communicate with the public, beyond giving talks and writing papers about 15 years ago. “I realized that writing in National Geographic or speaking in museums was talking to the converted,” said AAAS Member Nadkarni. “I began thinking about how to reach loggers and religious groups.”  The DoSER program hosted Dr. Nadkarni at an event at Stanford University in January 2019, and cites her activities as case studies for other scientists.

Her approach was to find common ground and listen, trying to gain insights provided by religious communities that she might not have seen. She realized that trees have an important significance in many religions and are mentioned often in holy texts like the Bible, Talmud, and the Koran, for example. She then gave talks in churches and Sunday school presentations on trees, encouraging kids to map trees in church yards and make booklets of different tree species. She inspired congregants to think about what’s holy in the church (pulpit, pews, etc.) and then regard the trees in the church yard, in the town, and beyond as also being holy, to bring the idea of ecology to their own backyard.

Nadkarni’s hope is that other scientists will be inspired to do something similar in their neighborhoods. “Every scientist has a church or community where they live,” said Nadkarni. She calculated that there are approximately 325 million people and 6.2 million scientists and engineers in the U.S. (current stats may vary), noting that if every scientist talked to 52 people each year, or one person a week, that will cover everyone. By talking about trees, the weather and science, said Nadkarni, we can have discussions with people, who are ultimately the ones who vote for policymakers. “That’s how we have hope—by reducing it to these simple metrics,” said Nadkarni.

Rob O’Malley, director of the Engaging Scientists project at AAAS, notes that the type of science outreach Nadkarni and Jackson are involved in has never been more relevant. According to O’Malley (citing surveys by PRRI, the National Science Board, and others), the American public is broadly interested in science, just as they are interested in religion/spirituality. He sees the work of DoSER as providing toolkits and training to help scientists who are looking for assistance on ways to engage with the public while being sensitive to religious perspectives.

“Our program has been very fortunate to connect with a number of stellar scientists through the Engaging Scientists project, including Dr. Jackson and Dr. Nadkarni. Their engagement activities highlight many best practices that we believe scientists and science communicators can learn from – including personal humility, the need to identify and affirm shared values, interests and concerns, and a recognition of the cultural context of science and science pedagogy,” said O’Malley.

Reconciling Past Injustices: Building a future in African American genomics

Dr. Fatimah Jackson presents an overview of Cobb Research Lab Studies as a model for science practice and community engagement.

From Native Skywatchers to ASTR 101: Widening Participation in STEM for Indigenous Communities and Beyond

Professor Annette S. Lee from St. Cloud State University discussed how she uses culture and art to inform and communicate…