AAAS has launched a new series profiling scientists who have forged meaningful relationships with religious communities.
4 minute read
Save to my list
Download as PDF

This is a reposted article from AAAS News; read the original here. The profiles can be found by clicking here. 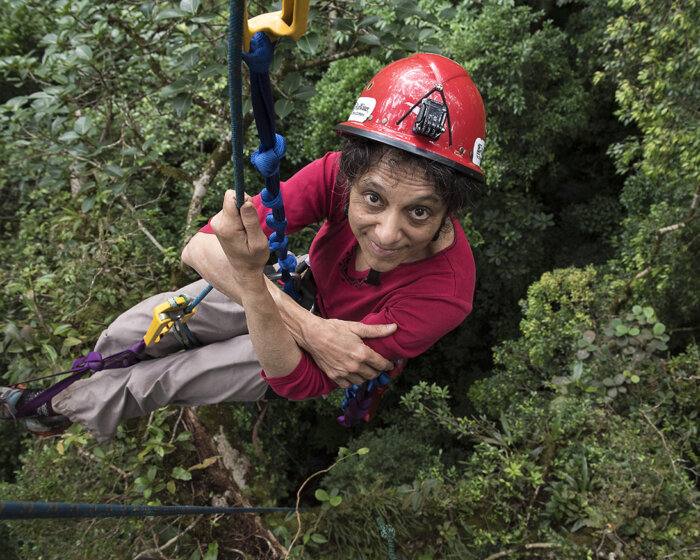 The American Association for the Advancement of Science has launched a new series profiling scientists who have forged meaningful relationships with religious communities in carrying out or engaging with scientific research. From an initiative to revitalize Indigenous astronomy to an effort to highlight the overlap between the ecological and spiritual value of trees, the first five featured scientists represent a wide range of disciplines.

The profiles, an additional 12 of which are slated for publication by the end of the year, are part of a broader, collaborative effort by the AAAS Dialogue on Science, Ethics, and Religion (DoSER) program and the AAAS Center for Public Engagement with Science and Technology to support scientists in engaging with people of faith through thoughtful and mutually beneficial interactions. Data show that reaching religious communities is an important component of public science engagement: According to a 2015 survey by the Pew Research Center, 77% of Americans claim a specific religious identity, and 53% of U.S. adults say that religion is very important in their lives.

“If scientists — in their public activities or in their classrooms — are explicitly or implicitly signaling that these cornerstones of many people’s identity are incompatible with valuing science, they undermine their own and others’ efforts to support broader and more inclusive engagement with science,” said Robert O’Malley, director of the Engaging Scientists in the Science and Religion Dialogue project. “These profiles show how scientists can engage with diverse communities in ways that are enriching to the scientists and to the communities themselves.”

At scientific society meetings and on college campuses around the country, DoSER staff have organized workshops, symposia, and other speaker events that promote effective science communication strategies.

In 2019, through the Engaging Scientists project, the DoSER program gave $1,000 awards to 18 researchers at five partner universities, honoring initiatives including class-based dialogues between scientists and religious leaders on evolutionary biology and environmental stewardship outreach aimed at young Muslims and Latter-day Saints, among others. Howard University graduate student Myeshia Shelby, who led discussions on research-based cancer treatments at the Houston Baptist church where she was baptized, was recognized in a public vote for the most impactful project among those who received the financial award.

The newly published profiles are intended to provide real-world examples of impactful engagement with faith communities that other scientists might learn from.

“It’s more effective for us to talk about what someone actually did — the challenges they experienced, their thought processes and lessons learned — than to talk about engagement in the abstract,” O’Malley said. “It just becomes much more accessible for anyone who wants to do this. It also demonstrates that there is no one-size-fits-all approach to science engagement.”

Dr. Pamela Payne-Foster, a professor at the University of Alabama School of Medicine and one of the scientists profiled by Engaging Scientists, began her career studying HIV/AIDS in New York, Atlanta and other big cities where advocacy about the epidemic was prominent. When she moved to the rural South in 2004, however, she encountered a widespread stigma stemming from a lack of public knowledge about the virus.

“We did one study where we asked people living with AIDS where they felt most stigmatized, and the answer was the church,” Payne-Foster said. “That hit me in the gut.”

In 2011, Payne-Foster applied for a grant from the Centers for Disease Control and Prevention to develop a faith-based, anti-stigma intervention. Pre- and post-intervention tests show that the project has worked in decreasing negative attitudes toward those living with AIDS.

“It’s important for church leaders to be at the forefront of advocating for community members,” Payne-Foster said. “I would like the next phase of my research to move into this area, trying to help them develop those advocacy skills.” 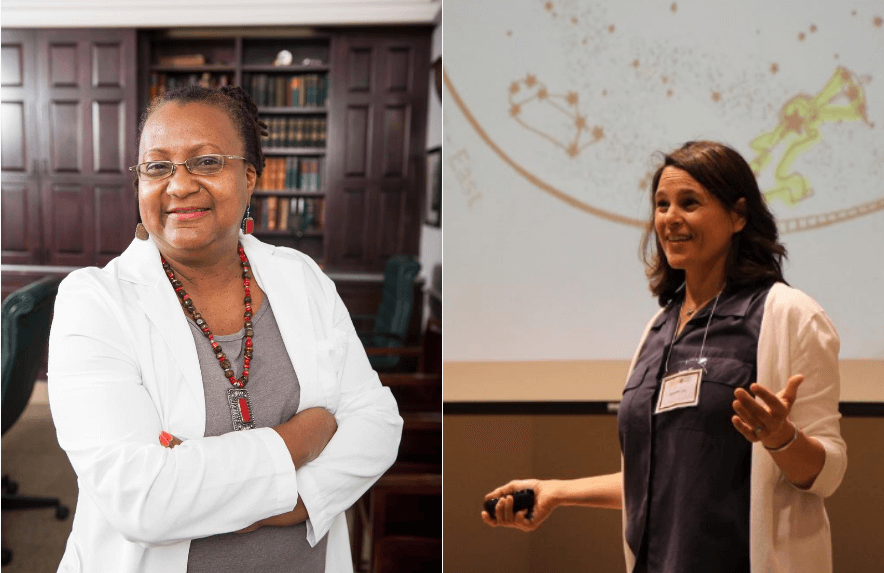 Annette S. Lee, another of the profiled scientists, is an astronomy professor at Minnesota’s St. Cloud State University. In 2007, she founded Native Skywatchers, a project aimed at revitalizing Indigenous astronomy through collaborative workshops, exhibitions, and art. Some of the project’s resources have been incorporated into in the curriculum of the state’s public schools.

Since 2012, Native Skywatchers has received funding from the National Aeronautics and Space Administration to design and deliver summer workshops for educators on star knowledge from the Dakota/Lakota and Ojibwe tribes to which Lee belongs. The program often builds off of students’ enthusiasm for the Greek constellations that have been passed down through Western science.

“Challenges have to do with loss of knowledge, loss of culture, to historical trauma, to the history of colonization, and trying to rebuild from what’s left,” Lee said. “Allowing the Indigenous voice to be the lead voice is an important part of this.”

“All of the world religions value trees and forests,” Nadkarni said. “Trees are used as temple adornments, for eating, analogies to God, as place markers. For example, I found that there were 328 references to trees and forests in the Old Testament alone, and many of those verses were metaphorical references to God.”

Nadkarni has now given more than 40 sermons to faith communities. She almost always receives a warm welcome, and some parishioners have even pointed out tree-focused hymns that she omitted in her talk.

“I wasn’t trying to convince them of the importance of trees based on science,” Nadkarni said. “Rather, I was relying on their authorities, their scriptures, to tell them what they already know, what has already been written. And then, because of my scientific expertise, I was able to also offer them the opportunity to have further discussions about climate change, or deforestation, or the importance of forest canopies in terms of sequestering carbon.”

“I think that scientists who want to do public engagement have to think about being silent for a little while and listening, and being accepting of other ways of knowing,” she added. “By approaching other worlds outside of academia with the sense that we can find common ground, we will find common ground. And from that, we’ll be able to share our science, our way of knowing, our world view in ways where we can also learn from other people, and I think that’s what public engagement of science is all about.”

I recently had a conversation with a neuroscientist, who also happened to be a self described atheist. He knew I…