DoSER hosted a session on "Pursuing Environmental Justice through Science and Religion" at the 2021 AAAS Annual Meeting. It focused on the importance of interdisciplinary science and engagement with local communities in environmental justice work.
View the recorded session
5 minute read
Save to my list
Download as PDF

Many issues facing the world today are interdisciplinary, but none embody this more than environmental justice. Environmental justice argues that all people and communities have the right to equal environmental protection under the law, and the right to live, work, and play in communities that are safe, healthy and free of life-threatening conditions. It not only combines interdisciplinary scientific studies, such as environmental science, biology, geology, sociology, and health; but it can also bring together people from different socioeconomic backgrounds, nationalities, religious communities, and races. “We need to transcend our silos and boundaries and to work together,” said Dr. Ingrid Waldron, a sociologist and Associate Professor in the Faculty of Health at Dalhousie University.

Waldron joined two other speakers on January 11, 2021, for a virtual discussion titled “Pursuing Environmental Justice Through Science and Religion.” The session was organized by the American Association for the Advancement of Science (AAAS) Dialogue on Science, Ethics, and Religion (DoSER) program as part of the 2021 AAAS Annual Meeting. It was born out of the recognition that the impacts of environmental degradation disproportionately affect people of color and other marginalized communities. For years, scientists, civic representatives, grassroots organizers, religious leaders, and local community members have been working together to improve living conditions in affected neighborhoods and assist in environmental justice efforts. Waldron was joined by Rev. Dr. Neddy Astudillo, an eco-theologian, Presbyterian pastor, and GreenFaith’s Latinx and Latin America Organizing and Training Coordinator, and Mr. Ibrahim Abdul-Matin, an environmental policy consultant and the author of Green Deen: What Islam Teaches About Protecting the Planet. Dr. Rajul Pandya, Director of the Thriving Earth Exchange program at the American Geophysical Union, moderated the discussion. 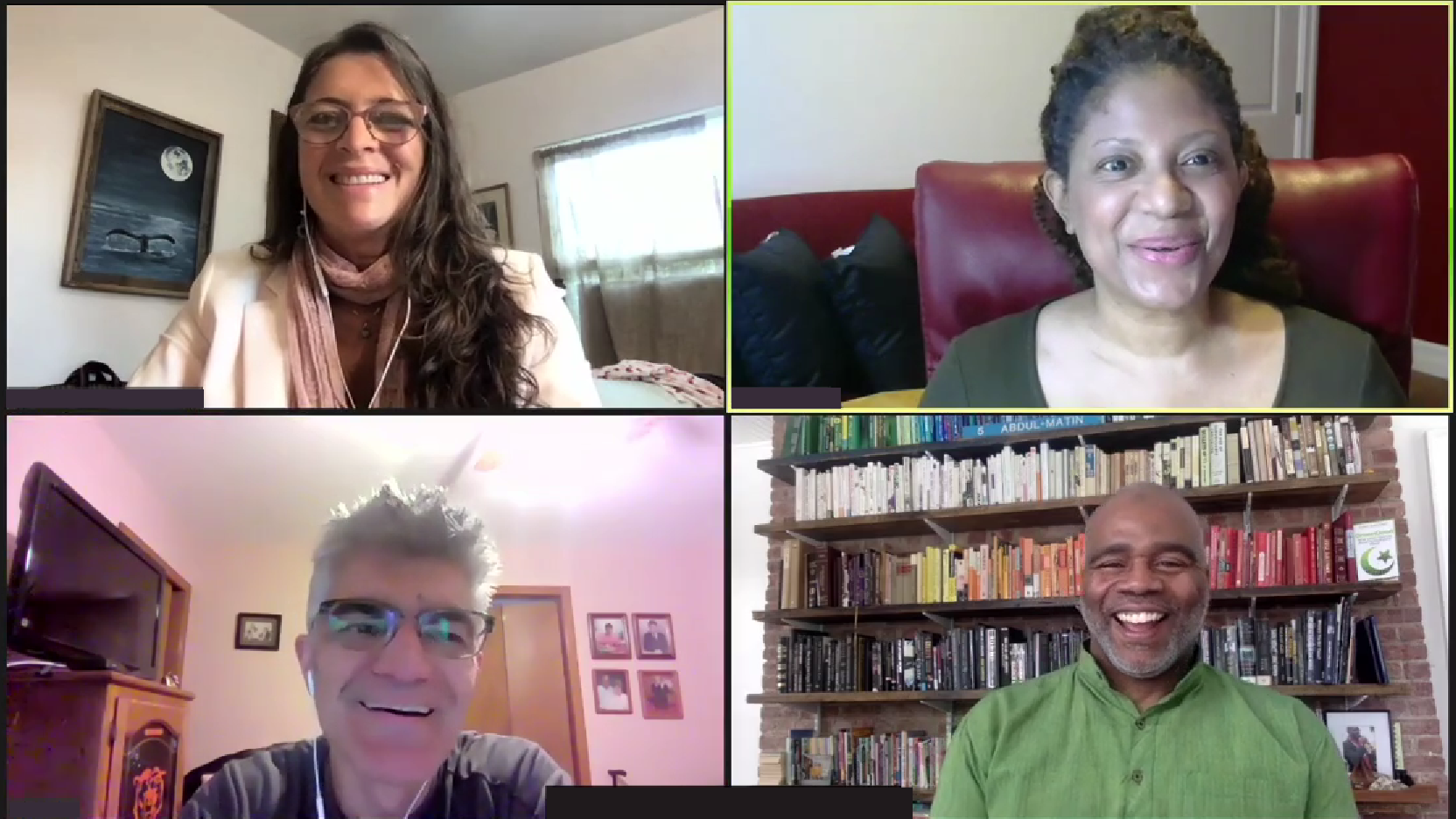 Like many sociologists, Waldron never thought that she would focus on environmental justice in her work. But when an environmental activist approached her in 2012 about a project fighting environmental racism in Nova Scotia, Canada, she realized that she could bring something to the project that others – even trained environmental scientists – could not. “This project concerns Indigenous and Black communities – the communities I work with. It’s essentially a health issue, and I am a health researcher. And as a sociologist, I can bring something special to this in terms of analysis on race, gender, rural living, social class, colonialism, etc.”

Besides working with scientists from various fields, she also uses a community-based engagement approach to work closely with local residents. Before Waldron even begins a project, she includes community leaders on her advisory board to help develop methodologies, ask questions, and decide how the knowledge will be shared post-project. She explained, “as scientists, we focus on a Western, Euro-centric way of knowing. Engaging with the community teaches us there are other ways of knowing that need to be part of the research.”

Astudillo concurred with an example from her work on the Interfaith Rainforest Initiative in Colombia. This initiative provided a platform for Christian, Muslim, Jewish, Buddhist, Hindu, and Taoist religious leaders to work with Indigenous peoples, governments, civil society organizations, and businesses on actions that protect rainforests. During the project, “many religious leaders recognized for the first time that Indigenous communities are the first and best protectors of rain forests. The fact that rain forests still remain is because of the stewardship of Indigenous communities.”

Furthermore, when locals are engaged in environmental justice efforts, they are more likely to succeed. One of Abdul-Matin’s most memorable projects is his ongoing work with the Bronx River Alliance. He and other scientists go into neighborhoods that have been polluted for decades and teach the residents how to properly test their water and collect samples. “We have more samples than ever before, we have more people of all stages in life involved in water quality testing, we have more information about the water quality than ever before,” Abdul-Matin said. “And there’s a correlation between that and the fact that the water quality is cleaner than it’s ever been.”

Scientists focus on a Western way of knowing. Engaging with communities teaches us there are other ways of knowing that need to be part of research.

Engaging community members in local environmental projects also often leads to citizens getting involved in local politics. Abdul-Matin continued with a story about Ann Rocker in Harlem who, for decades, has read through every air quality monitoring report released. “And if we don’t release those reports, she bothers every elected official all the way up to the governor. And they are nervous about her.” With an informed citizenry asking tough, technical questions of elected officials and holding them accountable, that area of the Bronx River is cleaner than it has been in over 100 years.

Additionally, working with local communities frequently includes engagement with nearby faith communities. With over 75% of U.S. adults identifying as religious or spiritual, religion and faith can be a strong motivating factor in engagement on environmental and social justice issues. “Now, climate change, loss of biodiversity, pollution, and the fact that we as Earthlings are also suffering challenges faith communities to do more than just education,” explained Astudillo. “As we look at the systemic issues that fuel our present crisis, we have moved to working on organizing faith communities. We have been organizing people of faith on how to reach beyond their silos and work with others regardless of race, gender, class, or faith tradition [to help solve or mitigate many environmental justice issues].” Pandya, whose organization connects scientists and communities as they tackle local challenges related to natural hazards and climate change, added that just like Indigenous knowledge can provide different ways of knowing, “faith can add a level of wisdom to this conversation and into the scientific principles.”

Waldron shared an important reminder for scientists to not discount faith communities as interested parties in their work. When she started a coalition combating environmental racism across Canada, “a lot of faith-based organizations signed on.” She recalled, “I wasn’t really thinking about them when I formed this coalition, but I was surprised to find out that they wanted to be involved.”

“So, don’t dismiss anybody or assume people are not interested in being involved. You might be surprised.”

Click here to view the recording of “Pursuing Environmental Justice Through Science and Religion.”.

On February 10, 2021, DoSER hosted a AAAS Annual Meeting session that explored how scientific tools have supported the revitalization…

This session explores research and engagement projects led by Native American and Indigenous scholars working in diverse ethical, scientific, and…