Home Resources Faculty Reflect and Look Ahead at AAAS Retreat

Faculty Reflect and Look Ahead at AAAS Retreat

At the Science for Seminaries Faculty Enrichment Retreat, theological and scientific experts gathered in person to immerse themselves in discussions on the intersections of science and faith.
4 minute read
Save to my list
Download as PDF

This summer, seminary faculty and theological and scientific experts gathered in person for the first time since 2019 to immerse themselves in discussions on the intersections of science and faith. The Science for Seminaries Faculty Enrichment Retreat, organized by the AAAS Dialogue on Science, Ethics, and Religion (DoSER) program, served as a space to celebrate the impressive strides that participating seminaries have made in integrating science into their curriculums. It also energized the attendees to continue their collaborations built during the grant and to brainstorm for future iterations of the Science for Seminaries project. 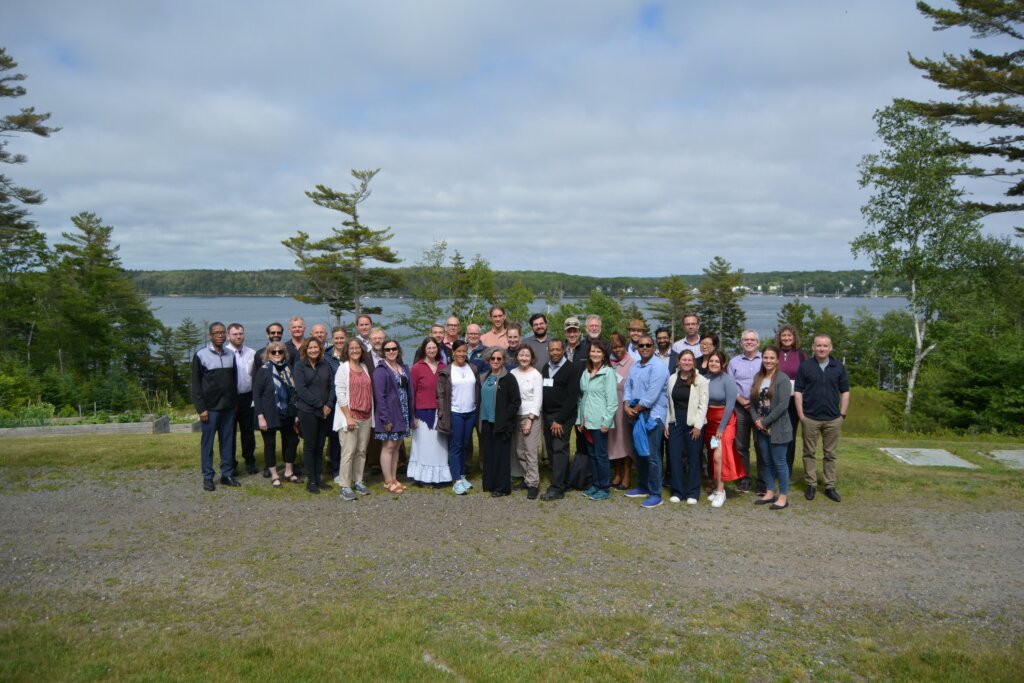 The Science for Seminaries project, organized by AAAS DoSER in collaboration with the Association of Theological Schools (ATS), supports schools to equip future faith leaders with the resources they need to discuss forefront science. The project provides funding, resources, and connects seminaries with expert scientists in a variety of fields. Over the past nine years, the Science for Seminaries project has supported 54 schools across the U.S. and Canada, and an additional 12 schools were awarded smaller seed grants.

During the four-day retreat in Newagen, Maine, participants engaged with topics spanning the history and future of science, environmental and medical well-being, human evolution and development, and what it means to be human and religious in the 21st century. Keynote presentations and small group discussions also focused on how Science for Seminaries grantees infused science into their theological courses and how professors of science engage with faith and ethics when they teach. For example, Dr. Ben Doolittle, professor of internal medicine and pediatrics at Yale Medical School and professor of religion and health at Yale Divinity School, shared how one of his most popular classes is Life Worth Living. The medical school class covers everything from “hardcore data crunching on HIV and mortality, to how religious observance impacts that, to well-being and burnout.” In another session, Dr. Paul Metzger, a professor of Christian Theology and Theology of Culture at Multnomah Seminary, shared how he engages with scientific topics that are usually avoided at his school. In one of his course’s seminars, Metzger hosted an environmental scientist who began with the question, “How is water pollution, air pollution, and such going to affect children?” Metzger elaborated on why the event was so successful: “He [the speaker] never got into global climate change directly, but how does it affect these areas. It wasn’t seen as a political endeavor; it was about kids.”

A reoccurring theme throughout the retreat was how to engage with scientific topics that students found difficult to embrace – whether due to politics, historical trauma, or other reasons. Keynote speaker Dr. April Cordero, a professor of biology and Dean at Point Loma Nazarene University, said that since 2013, when Science for Seminaries began, the “science and faith discussion has been infused with politics. To act like it isn’t is not meeting the needs of the people in your classroom or in your Church.” Another speaker, former-DoSER Senior Program Associate Dr. John Slattery, explored how modern science is entrenched in ideas of eugenics, scientific racism, and cultural progressivism. By examining the past, he helped create a framework to understand the roots of today’s problems: “Pre-20th century anthropology [eugenics] was so entrenched in science that it became cannon for early anthropology and the Scientific Revolution. If you look at what [modern science] was built on objectively, you can say this is not an acceptable way to define humanity.” He argued that it’s important to recognize the difficult and often traumatic histories many groups, especially minorities, have with science. “It’s the responsibility of scientists, theologians, ethicists, everyone, to allow yourself to live in that messy space and ask questions,” he said. “When students come through and ask questions about this messy space, it’s important to respond, yes this happened, and it’s a problem. Otherwise, the students will get shut out.” 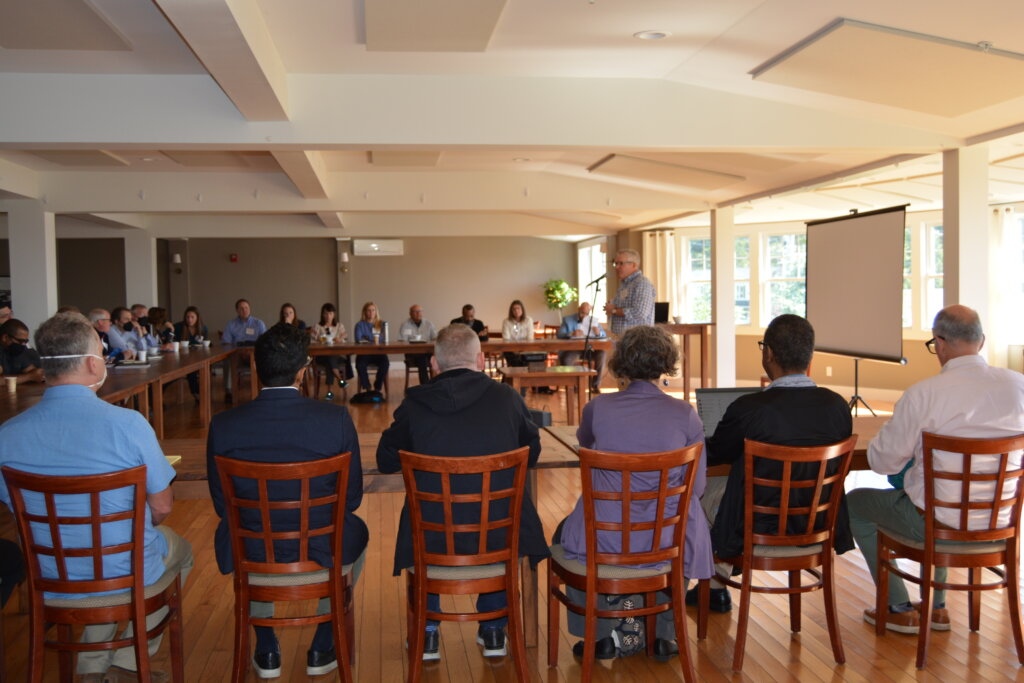 Speakers engaged attendees with discussions on a variety of topics, like ethics and quantum physics. | DoSER staff

Other sessions touched on a wide range of topics, such as bias in AI and machine learning, modern astronomy’s impact on questions about humanity and purpose, and whether involvement in religious communities matters for children’s development. Conversation flowed easily during facilitated small group discussions and unstructured free time as participants shared their research and interests over meals and overlooking the ocean. The retreat included a field trip to Bigelow Laboratory for Ocean Sciences, where participants toured labs that use satellite imaging and other innovative approaches to study global ocean health. The experience underscored the beauty and richness of the landscape.

Participants left the retreat feeling energized to continue their dialogue, teaching, and research on the intersections of science and faith, now with fresh insights and new ideas.

More information about the project can be found at www.ScienceForSeminaries.org.

In the summer of 2019, faculty leaders from seventeen North American seminaries, along with scientific and theological experts, gathered near…