The Science for Seminaries project welcomes its third cohort of Christian seminaries.
5 minute read
Save to my list
Download as PDF

This is a reposted article from AAAS News; read the original here. 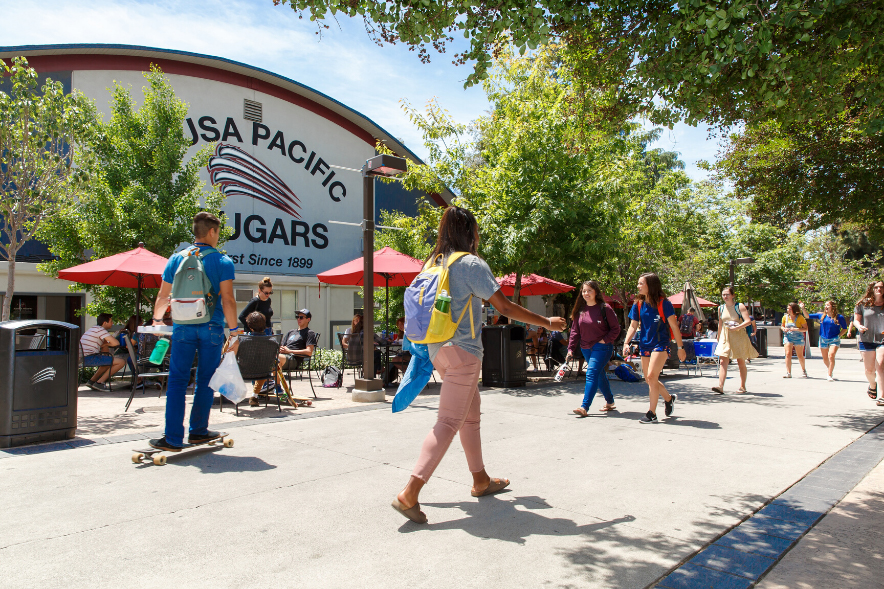 Seminary students at Azusa Pacific University will begin receiving scientific instruction this fall as part of the Science for Seminaries program. | Courtesy of APU

Eight Christian seminaries across North America will soon begin engaging their students — aspiring priests and ministers — on scientific topics as the latest participants in Science for Seminaries, a project of the American Association for the Advancement of Science.

Organized by the AAAS Dialogue on Science, Ethics, and Religion (DoSER) program in partnership with the Association of Theological Schools (ATS), Science for Seminaries provides schools with the guidance, funding and instructional resources necessary to integrate science and technology lessons into their curricula. The goal is for future faith leaders to emerge ready to address such issues with their congregations.

“Most people in our society identify with a religious perspective or community and see the world, including science and technology, through that lens,” said DoSER Director Jennifer Wiseman. “This project meets people where they are most comfortable and fosters good relationships with the empirical knowledge that affects every aspect of our lives.”

More than 70% of Americans identify as Christian, according to data from the Pew Research Center. Meanwhile, a 2019 ATS survey showed that just one in ten students pursuing a Master of Divinity degree has an undergraduate degree in the natural sciences.

To address this widespread need for scientific instruction, in each round of participating schools, Science for Seminaries includes representatives of church communities not yet reached by the initiative. In the new group, Pentecostal Theological Seminary in Cleveland, Tenn., will be the first from the Pentecostal Christian denomination, and Azusa Pacific Seminary in Los Angeles County will be the first to host an event in Spanish.

Over 18 months beginning this fall, each seminary will incorporate science into at least two core courses and hold at least one science-themed, campus-wide event. The 16 schools in the project’s previous two groups, however, went beyond the grant’s minimum requirements. Likewise, the 10 seminaries that participated in a three-year pilot ending in 2017 reworked a total of 110 courses and held 76 campus events.

Science for Seminaries provides schools with a number of resources, including subscriptions to Science magazine and short films designed to spark classroom discussion. DoSER also recruits local scientists and science-experienced faith leaders as advisers for each seminary and supports faculty members’ travel and registration to the AAAS Annual Meeting.

“In a time when good scientific information is increasingly important, Science for Seminaries offers sound guidance,” said John Slattery, a DoSER senior program associate. “Science for Seminaries courses and events affected more than 2,500 seminary students and faculty across the U.S. and Canada in 2019, and we are excited about reaching thousands more in the next few years.”

As the schools participating in Science for Seminaries represent many different Christian traditions and denominations, there is a range in the degree to which they have already begun including science in the theological education they provide.

“You will find some seminaries that have gone far into the integration of the two, even without this grant initiative,” said David Han, who joined the faculty of Pentecostal Theological Seminary in 2002 and became its dean in 2011. “But ever since my tenure at our seminary, I don’t recall any significant conversation about the integration of science into biblical and theological reflection.”

Han is targeting two counseling courses for revision, with plans to include insights from research in neuroscience, psychopharmacology and clinical mental health. He also envisions a comprehensive curriculum overhaul, through which scientific instruction will reach introductory courses on the Old Testament and Christian doctrine.

“The audience in the Pentecostal tradition is not as readily inquiring about the integration of science and theology,” Han said. “I want this to be a seed planted for people in our tradition by way of the work of our seminary.” 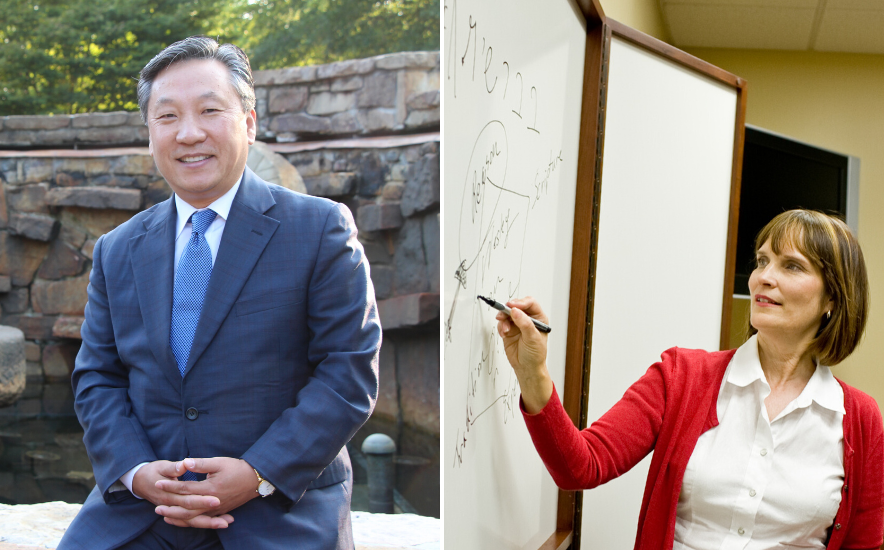 Left: David Han on the campus of Pentecostal Theological Seminary, where he has been dean since 2011. Right: Karen Winslow teaches about the book of Genesis, spelling out its Hebrew name, Breshit. | Courtesy of David Han and Karen Winslow

For Karen Winslow, chair of the Department of Biblical and Theological Studies at Azusa Pacific Seminary, exploring the relationship between science and theology will not be a new endeavor, as she has attended numerous seminars and written extensively on the topic. In one article, she argued that the heavens and earth cited in the creation story of Genesis 1 refer not to the planets and galaxies we know of today, but to the sky and land that were visible to the Bible’s authors.

“The producers of the Bible did not have scientific technology at their disposal; they did not intend to describe processes that took millions of years,” Winslow said. “I’m just talking about the great difference between the Bible, which is a book of theology conveyed in a literary sort of format, and the purposes and outcomes of science.”

As part of the Science for Seminaries project, Winslow will host a conference titled “The Heavens Declare the Glory of God: From Galileo to the Hubble Telescope, A Dialogue in Science and Theology,” which will focus on how old we know stars, galaxies and the universe to be and the importance of understanding biblical texts in light of their original context. Moises Lopez, another Azusa Pacific professor, will host a similar conference for Spanish-speaking students.

“The main purpose of both is to help our pastors — they either are pastors or they’re going to be pastors, and also academics — love science and project that love and embrace of science onto their congregations, their circles of influence,” Winslow said. “The purpose is to dispel suspicion, disabuse students of being suspicious about the dialogue between science and theology.”

AAAS DoSER, in collaboration with Fourth Line Films, has produced an exciting series of short films to spark discussion of…