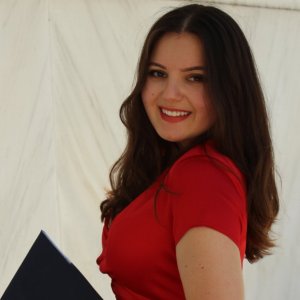 Ophir Cohen-Simayof is a Program Assistant at DoSER. Originally from San Francisco, California, Ophir graduated from the George Washington University with a BA in Religion and Political Science. In school, she studied the Hebrew Bible, New Testament, Quran, Han Kitab, Ramayana, Mahabharata, and various philosophical Buddhist texts through academic, historical, and theological lenses. Studying these texts spurred a passion in Ophir for bridge building and dialogue, which she has carried with her throughout her academic and professional careers. Prior to DoSER, Ophir worked at the United Nation Foundation’s malaria campaign, Nothing But Nets. There she was in charge of engaging faith-based organizations and schools with public health crises. Now at DoSER, Ophir is thrilled to continue building bridges and engaging in scientific diplomacy.