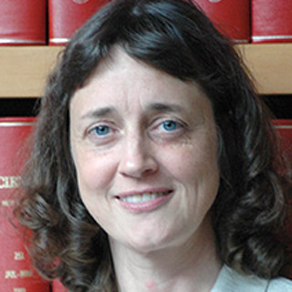 Jennifer J. Wiseman is the Director Emeritus of the AAAS Dialogue on Science, Ethics, and Religion (DoSER) program. She is also an astrophysicist at NASA, where she is the Senior Project Scientist for the Hubble Space Telescope. She studies the formation of stars and planetary systems using radio, optical, and infrared telescopes. Dr. Wiseman studied physics for her bachelor’s degree at MIT, discovering comet Wiseman-Skiff in 1987. After earning her Ph.D. in astronomy from Harvard University in 1995, she continued her research as a Jansky Fellow at the National Radio Astronomy Observatory and as a Hubble Fellow at the Johns Hopkins University. Dr. Wiseman also has an interest in national science policy and has served as an American Physical Society Congressional Science Fellow on Capitol Hill. She then served several years as the Program Scientist for the Hubble Space Telescope at NASA Headquarters and as the chief of the Laboratory for Exoplanets and Stellar Astrophysics at NASA’s Goddard Space Flight Center. She is also a public speaker and author, and enjoys giving talks on the excitement of science and astronomy to schools, youth and church groups, and civic organizations. She is a Councilor of the American Astronomical Society and a former President of the American Scientific Affiliation.